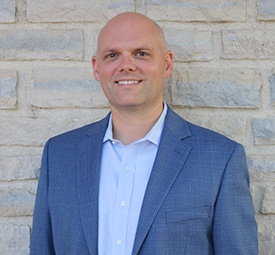 Dr. Jason T. Culley, serving in the Powell and Grandview offices, has been associated with Watermark Dental since the summer of 2000, when he was an intern for both Dr. William Reuter and Dr. Dennis Burns. A Springfield, Ohio native, Dr. Culley received his Bachelor of Science degree in Biology from Wheeling Jesuit University. He then received his Doctor of Dental Surgery degree from The Ohio State University in 2003. Dr Culley began his career in private practice in Marysville, Ohio, and then in 2008 became the owner of Watermark Dental. He is a member of the American Dental Association, Ohio Dental Association, Columbus Dental Society, and Academy of General Dentistry. Dr. Culley has dedicated himself to the pursuit of expanding his skills and knowledge in the field of restorative dentistry. In doing so, he routinely obtains three to four times the required number of continuing education hours the State of Ohio Dental Board mandates. He obtains most of his continuing education through the nationally renowned Spear Education Group, which is located in Scottsdale, Arizona. Dr. Culley has been voted by his peers as one of the “Top Dentists in Columbus”, which is surveyed and published by Columbus Monthly magazine. 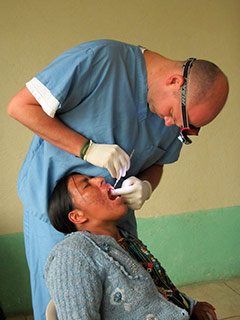 Giving back to those who are less fortunate is also something that is very important to Dr. Culley. He spent seven years as a founding Board Member of the Free to Smile Foundation, which provides cleft lip and palate surgeries, and dental treatment to both children and adults in third world countries. He has been on four mission trips to Cambodia and Guatemala. Closer to home, Dr. Culley was named “Advocate of the Year” in 2011 by the Alcohol, Drug, and Mental Health Board of Franklin County for contributing his time and talent to those afflicted with those aforementioned conditions. When not practicing dentistry, Dr. Culley’s attention is focused on that of his family. He and his wife Libby reside in Powell, and have three children: Quinn, Brandon, and Caroline. He also enjoys playing golf, reading a good book, and cheering on his beloved Ohio State Buckeyes. 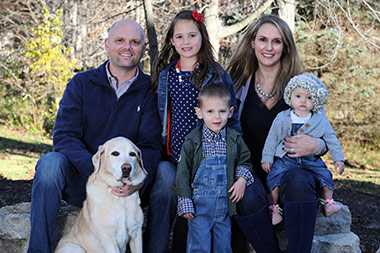 About Our Practice Meet Dr. Overmyer Meet Our Team Community Involvement View All Our Services